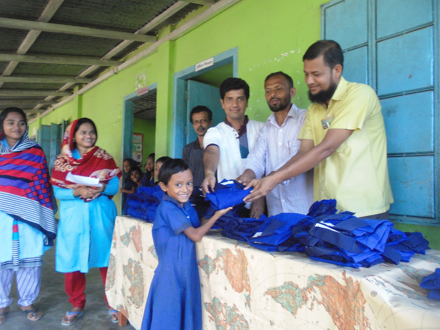 Dakbhanga & Moishkum are the names of the villages where our schools are.

Both lie in a forgotten corner in the south of Bangladesh. In 1998, the first school started in Dakbhanga, a village of 500 where nobody could either read or write and that is only accessible by boat.

The teacher of the Quran school taught the first year. Later we took on other teachers who moved to the village.

Boats for Dakbhanga leave from Moishkum and that is where the second school started in 2000.

There are now separate school buildings in both villages.